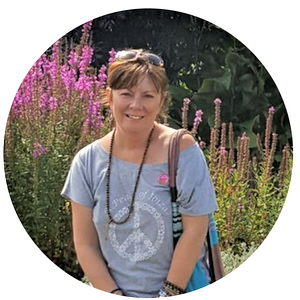 My Fibromyalgia Story & Journey to Health

Everybody has their own Fibromyalgia stories, but my own story started in 1989 with overwhelming fatigue and horrendous stomach pain. At just 25 years old and a newlywed of 6 months, I had no energy. Life consisted of all work and no play, most days I was asleep by 6pm.

In 1992, my one and only child was born and still I had no diagnosis other than the acknowledgement I was suffering with Irritable Bowel Syndrome. The doctors told me I needed more exercise, needed more fibre. Despite endless blood tests, x-rays, diagnostic tests they could find nothing wrong.

How do you explain to your toddler son that you can’t get down and play with him in the middle of the day because you need to nap on the couch?

So life continued with me working full time and bringing up my little boy. I knew there was something wrong with me but it was clear I was the only one who believed it.

By 1998 my marriage was over. I think Fibromyalgia played it’s part in the breakup. Understandable really, how could I keep on saying there was a problem when all the medical evidence proved otherwise? In a way there was a sense of overwhelming relief. I could go to bed at the same time as my son without having to explain myself. At a weekend I could nap in the daytime without feeling guilty. I didn’t have to answer to anybody else and I suffered in silence.

The final straw came when my GP prescribed me anti depressants and sleeping tablets without any real concern for what I was feeling. He wasn’t listening. He just wanted me out of his office. The long and short of it, for various reasons the tablets ended up down the toilet and I changed doctors. 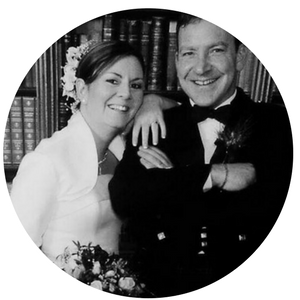 In 2000, I had a new partner and a new doctor. Both listened and were incredibly supportive. My GP sent me off for the all the usual tests…….again!! The results all came back normal…..again!!

Was it really me? Could it be that it was all in my head? I knew deep down I wasn’t imagining it but you do start to question yourself.

Then the doctor examined me and I flinched as he touched various areas of my body; trigger points (I know that now) and then he said the word “Fibromyalgia”. My response was to break down and cry – not because I knew what is was, not because I was scared but the truth is they were tears of joy, tears of relief and the realisation that I wasn’t mad, I was vindicated – it wasn’t all in my head, it was real, I was right and there had been something wrong all along.

I responded to him by asking “How do we treat it”?

He offered me the only recognised treatment of strong painkillers and anti depressants which he assured me were for the pain and not for depression. I declined!

At age 50 I decided to make some big life changes as I felt that at some point I could kick Fibromyalgia into touch. Through diet, exercise, meditation and massage, I felt better than I had done in years.

In 2015, I undertook further studies and qualified as a Health & Wellness Coach. I then went on to get further qualifications in Raw Food Nutrition and Meditation. It was then that I made the decision to tell my story.

Using my experience and knowledge, I wanted to reach out and help fellow sufferers. But also ultimately to help educate medical professionals, who I believe still have a lot to learn about this condition and the people who suffer from it.

I continued to work full time until I was involved in a car accident in July 2016. With whiplash injuries to my neck and back, I was now suffering excruciating pain on top of my Fibro pain. After being signed off work until January 2018, I was made redundant from my corporate job of 17 years.

This gave me the perfect opportunity of pursuing my passion for supporting fellow sufferers and I decided to fully commit to Fibro Fantastic and I launched my wellness coaching business.

Now, I am in a good place, albeit still suffering daily from my whiplash injuries. I manage my Fibromyalgia and want to share my experiences to help others suffering this most frustrating of conditions.

I am proof that there is hope after diagnosis, that you can function like a normal human being, hold down a job, look after a family and have a decent quality of life. 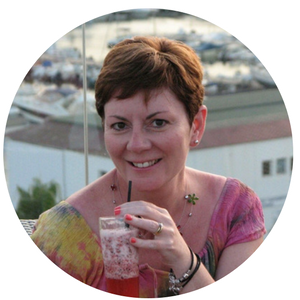 To date, I have not resorted to medication because I didn’t want to be reliant on tablets. Read why by clicking here. I lead a pretty normal life given that I still suffer overwhelming tiredness and pain. I have to listen to my body and have found my own coping techniques.

Whether you are recently diagnosed or like me, have suffered for years, there is always something new to learn with this condition. We can and totally deserve to live our best life.

I am ready, willing and able to stand alongside you on this journey to be your best you.

This site uses Akismet to reduce spam. Learn how your comment data is processed.

Close
Fibro Fantastic Wellness Coaching use cookies to ensure that we give you the best experience when visiting our website. If you continue to use this site we will assume that you are happy to allow cookies to be used. Happy to acceptRead more